Prefect vs Airflow: The Battle of Workflow Management Tools

A deep dive into the two popular workflow management tools 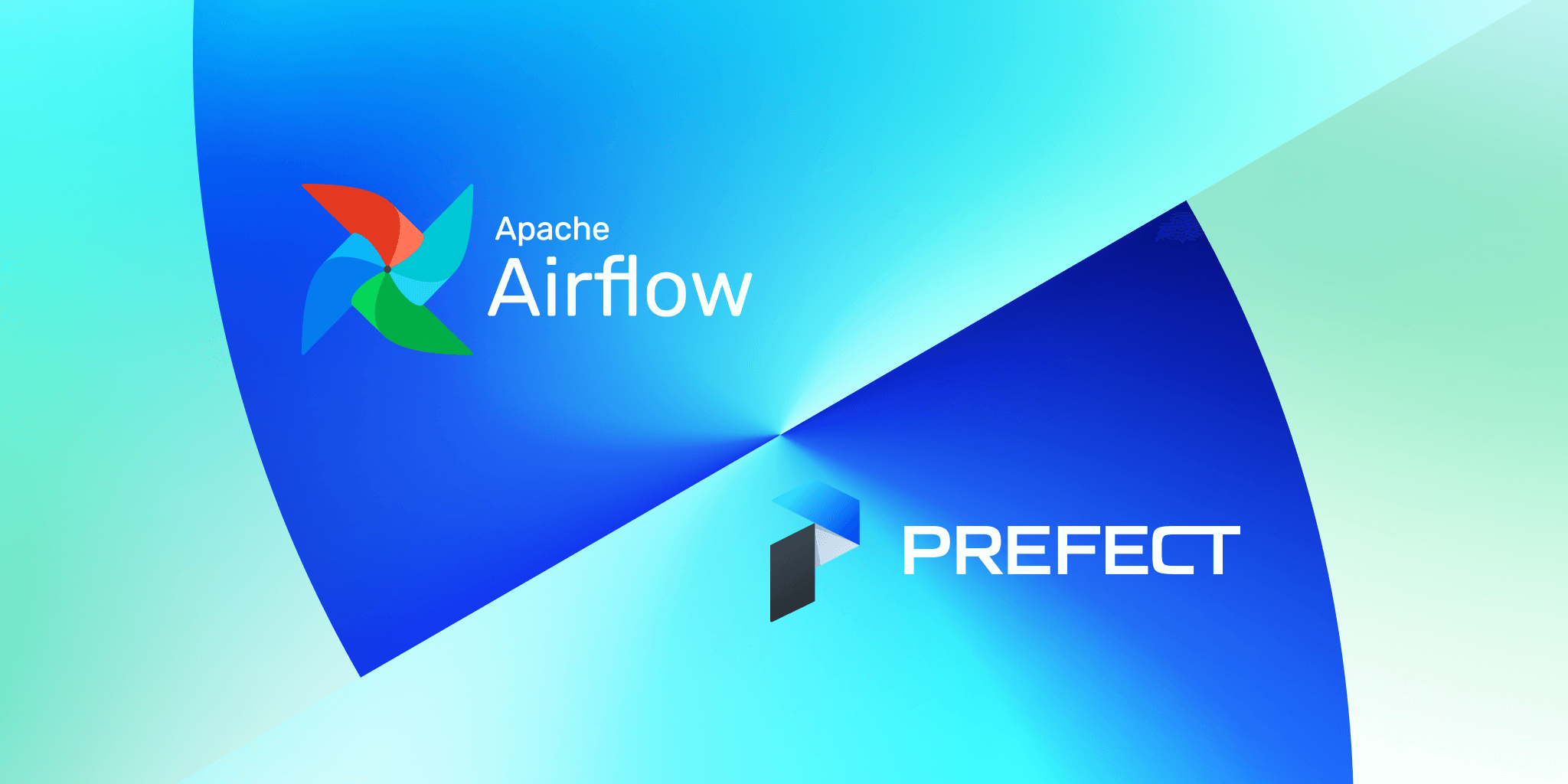 A machine learning (ML) pipeline can get overwhelming as the project progresses since multiple layers are added over time. To make the process more seamless for developers, workflow monitoring and management tools are used to represent the end-to-end flow of data. Some functions of workflow management tools include MLOps, pipeline automation, batch processing, and more.

Two of the most popular workflow management tools include Airflow and Prefect.

What is Apache Airflow and Prefect?

Both are among the top choices for several ML teams and have a few subtle differences that can seem like significant differences when assessing the team-tool match.

Apache Airflow has been in the market much longer than Prefect and has undergone several evolutions over time. On the other hand, Prefect is open source and a comparatively new data tool. It, therefore, has the advantage of directly adopting improvisations from past cycles of user input and the disadvantage of missing out on real-time modifications based on practical use.

In this article, we'll dive deeper into comparing the two platforms to find out which tool will ideally fit you and your team.

An ML workflow tool can be assessed and compared through some standard parameters. Even though the parameters for comparison are not exhaustive, they are sufficient for getting a general idea of differences and best fit assessment. Some of the parameters include:

Both Prefect and Airflow have simple installation steps. The user can use pip, docker, or similar containerization tools to install either.

However, it is slightly easier to quickstart with Prefect since it is a one-step process and has well-organized extra packages.

On the other hand, Airflow adds a handful of packages during installation, which might cause internal conflicts. A webserver and scheduler are necessary for running Airflow.‍

‍In the initial stages of projects, version control may not seem like an absolute necessity. Still, as soon as the project starts maturing and branching out, the workflow will end up inviting unsolicited errors without version control in place.

While Prefect lags behind Airflow in integrations, it is way ahead in version control. With Airflow, the user cannot track the workflow versions since the DAGs refresh frequently and lose all version data.

Having noticed this significant drawback in Airflow over the years, Prefect as a modern equivalent ensures to cover for this drawback by closely tracking all updates to the workflow and linking changes to the respective workflow versions.

‍Developer communities are formed with enough time to dabble with the product. A broad user community is always an advantage for the platform since users frequently report issues, feedback, and solutions, and the network ends up acting like an extensive support team.

Airflow has an established developer community, which means that there is a high chance that someone has already written about or solved a set of common problems that new or sometimes even old users might face.

Even though highly effective, Prefect is new in the market, and developers have just started exploring the benefits and shortcomings. Therefore, support for initial problems might not be as readily available as in the case of Apache Airflow.‍

With Airflow, the user has to get familiarized with DAGs or Directed Acyclic Graphs that represent the workflow tasks and relationships. Therefore, to code fluently with Airflow, significant fluency is required in DAG operators. The good news is it has a straightforward syntax structure and can be easily picked up over time.

Coding workflows with Prefect is simple, and the code is similar to writing python functions except being wrapped under a with the statement. It is unnecessary to refactor the code in Prefect while creating new workflows. It allows code modularization, which is ideal for coding and testing cycles. Prefect documentation acts as an excellent guide for developers.‍

‍An easy-to-use user interface is often the most overlooked yet one of the most critical elements that can significantly impact the speed of projects.

Prefect lacks a user interface, but by accessing cloud.prefect.io, the user can avail a dashboard-like interface that is functional and easy to manage. Projects organize all the flows in the Prefect structure and can run multiple workflows.

As mentioned previously, during the installation of Airflow, the webserver is also integrated. The Airflow user interface is an element of the webserver and is easy to start and operate. It allows the user to monitor the workflows, watch the data flow, and track the DAG runs.‍

‍Prefect is new to the ML workflow space and lacks a few integrations. This is where Apache Airflow features are several steps ahead of Prefect. However, being developed almost a decade ago, Airflow is not perfect for modern data environments that manage dynamic workflows.

Today’s machine learning solutions require resources with heavy computation and complexity management capabilities. On the other hand, Prefect is built with the modern data stack in mind. It also allows dynamic execution by delegating optimization tasks before determining the DAG in runtime.‍

Both Prefect and Airflow have the option of being cloud-enabled.

Airflow can be operated through cloud services such as GCP dataflow and AWS lambda. Both these services offer managed instances Airflow, so the user can run data pipelines with Apache Airflow on cloud services that the user is comfortable with or services that are already integrated with the team’s infrastructure.

Prefect also can be managed on the cloud, and the user can use the paid cloud version to monitor the pipelines. Due to the cloud option, Prefect can be operated on from any server after a simple setup. To access the Prefect cloud, the user has to create an account and have an API key that has to be configured in the system that wants to access the cloud.

While both Prefect and Airflow are competent MLOps tools, Prefect is recommended as a competent option for modern machine learning ecosystems. For more stability and reliability in terms of support or fixes, Airflow stands as the preferred choice due to its long-term market presence and vast developer community. Prefect, however, is not far from establishing itself, and adopters will always have a fair share of early-bird advantage.